Ways to Get Babies to Talk

If there is one thing that every mother wants to hear from their children, then it has to be “mom”. The pronunciation of the word can vary from language to language, but when it comes to the feeling then it’s universal, joyous and proud. Therefore, we don’t like to leave anything to chance when it comes to teaching or helping the younger ones to talk, which let us tell you is not at all easy. The kids have a tendency of pointing at things and making various different sounds to indicate if they want something, but that is not what we want from them. It would be best if they can start talking from an early age for their as well as our benefit because it assists in the communication process, something you cannot ignore in the mother-child relation. Hence, let us show you some of the tried and tested ways of getting babies talk.

Do you want to eat? As a child, you will see that they tend to eat almost anything and if something is special to them, then babies will get it by hook or crook. A nice trick to get them open their mouths to talk instead of eating is by having something they like in their presence. It is but natural that they will start to make sound or point at it animatedly and here come your cue. You can slowly point at the item and recite its name and ask whether he wants to eat it. Now observe if he has taken the bait and trying to say the name or even say the words “Yes”. If the baby does it, then clap and encourage him and finally reward him with the treat. This action of yours will prompt the toddler to say its name the next time he sees it or even if he is hungry.

Give me my toy mommy! 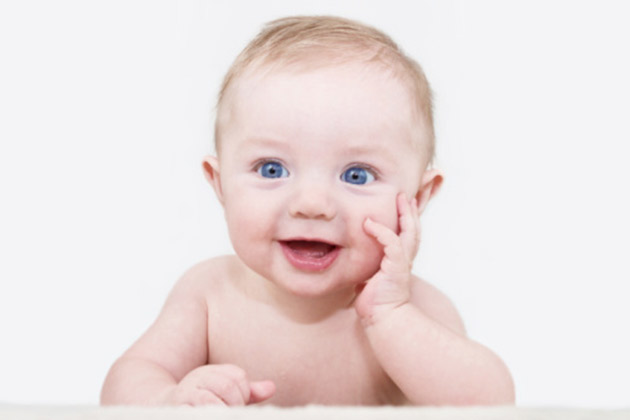 If we rewind our lives then you must at one point of time given a name to your favorite bunny that you used to snuggle with while sleeping. More importantly, try to remember how possessive you were about it. This is exactly what your child must feel as far as his favorite toy is concerned. Therefore, try to find out his favorite toy and play with it and that too in front of him. Moreover, you can give a name to this toy of his, hence, putting in a new word that he can learn. You will get to see a whole new side of his as he is sure to get all riled up. You can taunt him and ask whether he wants the toy or not and call it by its name. At first, he may just make some sound and fiercely point at the toy, but let him try to actually call it by its name. After a few times he might show signs of calling it out by its name, which we believe is really a positive gesture. Reward him by not only giving his favorite toy back to him, but also play with him, this is something which will encourage him to start talking more.

The goal here is to get him to ask for things which will make him seek for your permission. For starters, you need to put a limit on his accessibility to things, whether it is going out of the room or watching TV, etc. For this purpose you can put the keys of the room or the remote of the TV high up. This will make him ask you for the remote or to open the door which is where you will see whether they can tell you the name of these items. We would advise that if he is facing a hard time saying it, then try to prompt a little so that he can catch up on it. Audio visual training is arguably the best way to teach anything and toddlers tend to learn things faster this way. You may show him small clips where a baby is reciting numbers or letters which will make him curious as to how to do the same. As a result, you will see them trying hard to say or imitate what the kid in the television is saying. Moreover, babies love to hear tunes, especially if it is their mothers who are singing. Here make full use of this by humming the song he loves as you stare deep into his eyes. After a while you might witness your baby humming the same tune by themselves which will be a win-win situation for you.

Talk to me Mommy

If you are trying to get him to talk, then reply to them especially, if they are the ones initiating the communication. Play with them and talk to them with animated expressions on your face which will help them remember what you are saying. Moreover, if the little ones like to listen to stories, then make them a character in it which will help them connect and also give them lines to say which will prompt them to reply back to your dialogues.

A Basic Guide to Baby Strollers

Why You Shouldn’t Use a Vintage or Antique Baby Stroller